Texas and Florida are back. Auburn is headed backward. The Kentucky dream is over.

But everyone remains looking up at Alabama.

The Crimson Tide continued their onslaught of the college football world with a 65-31 win over Arkansas and remain the top-ranked team in the latest Associated Press poll. Georgia, Ohio State and Clemson come next in an unchanged Top Four, but Notre Dame slides in the fifth spot after defeating Virginia Tech.

Here’s a look at how the entire poll played out:

The Irish moved up only one spot in the standings, but their win might have been the biggest of the week. Dexter Williams rushed for 178 yards and three touchdowns while Ian Book threw for 271 yards and two scores, as the Notre Dame offense led the charge in a 45-23 win over Virginia Tech. The Irish pulled away in a 28-7 second half.

Virginia Tech was the last remaining ranked opponent for the Irish. Barring another collapse against a lesser opponent, Notre Dame should have a strong chance at making the College Football Playoff. 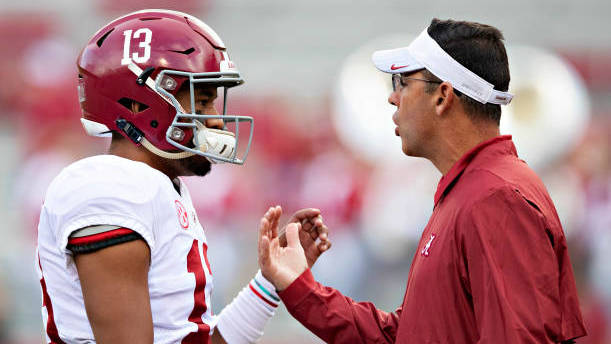