Authorities say a small plane crashed into the parking lot of a post office in Louisiana shortly after takeoff, killing five people.

Louisiana sports reporter Carley McCord was among those who died in the crash on the way to a college football game.

Her husband, Steven Ensminger Jr., confirmed the death to The Associated Press on Saturday.

Ensminger’s father is the offensive coordinator for Louisiana State University’s football team. The team is to play Oklahoma on Saturday afternoon.

Lafayette Fire Department spokesman Alton Trahan says the plane caught fire after it crashed and that the flames fully engulfed a car nearby.

Trahan says four people were brought to the hospital: one from the plane, one on the ground and two post office employees.

Six people were inside the plane before it crashed at around 9 a.m. near the intersection of Feu Follet Road and Verot School Road. According to reports from KATC a person knew the people on the plane were headed to the Peach Bowl game in Atlanta. Details on the reason for the crash have not been released but witnesses say that the plane, which is a small 8 passenger plane, hit a power line while trying to make an emergency landing.

Lafayette (La) this morning and transported two patients to a local hospital. 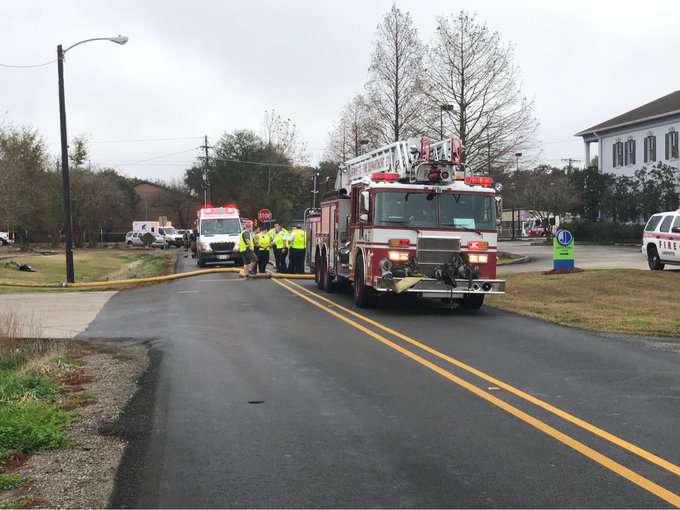 Update on Lafayette (La) airplane crash. Acadian transported a total of four patients. One who was onboard the aircraft and three who were on the ground.