CANNES, France (AP) — When J.J. Abrams was a “Star Wars” novice, Lawrence Kasdan, the writer of “The Empire Strikes Back” and “The Return of the Jedi,” had some advice for him: “Star Wars” is not important.

“But what is important is the way people feel about it,” said Kasdan. “And they are very committed to it. What they’re committed to is a certain kind of film.”

The question of what constitutes a “Star Wars” film — how it should feel and what it should sound like — was at the center of the battle over the Han Solo spinoff “Solo: A Star Wars Story” and the dispute that resulted in directors Chris Miller and Phil Lord being replaced in mid-production with Ron Howard. Though the pace and improvisational manner of Lord and Miller’s direction was part of the clash, the main issue was, simply, tone.

Lord and Miller, the filmmaking duo of irreverent, highly meta comedies like “21 Jump Street” and “The Lego Movie,” wanted to push “Solo” into “Guardians of the Galaxy” territory. Kasdan did not.

“You can have fun with the tone but you never make fun of the tone, in my world,” Kasdan said in an interview alongside his son and co-writer Jon Kasdan, the morning after the “Solo” premiere at the Cannes Film Festival. “We live in a very meta culture and there’s a tendency to make fun of these things before they’re even anything.” 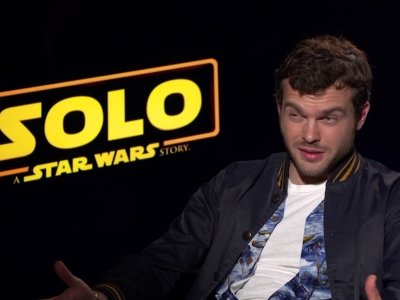 Alden Ehrenreich says “it was sad” that the original version of “Solo: A Star Wars Story” didn’t end up making it to theatres — but he’s proud of the final product and calls re-shoots with new director Ron Howard “a wonderful experience.” (May 16)

The pains of finding the balance between recapturing the feel of George Lucas’ original trilogy and allowing a new generation of filmmakers to put their own stamp on “Star Wars” may be the most pressing creative issue before Lucasfilm president Kathleen Kennedy. Beneath the billions of dollars in box office and merchandise, there are hints of a growing existential crisis in the far, far away galaxy as it gets further and further removed from Lucas’ original vision.

The first spinoff, “Rogue One: A Star Wars Story,” saw Gareth Edwards booted for Tony Gilroy. Colin Trevorrow (“Jurassic World”) was to helm 2019′s Episode IX before “Force Awakens” director J.J. Abrams was brought back in the fold. And even Rian Johnson’s “The Last Jedi,” which according to critics succeeded the most in freshening up “Star Wars” with a distinct filmmaking sensibility, was very divisive among fans.

Some applauded Johnson’s changes and some reviled them — and the split hurt business. “The Last Jedi” grossed $1.3 billion worldwide, but ticket sales fell sharply after the first two weeks of release and it made only $42.6 million in China. “Solo” came to Cannes — the world’s largest film festival — with an eye toward boosting global awareness. 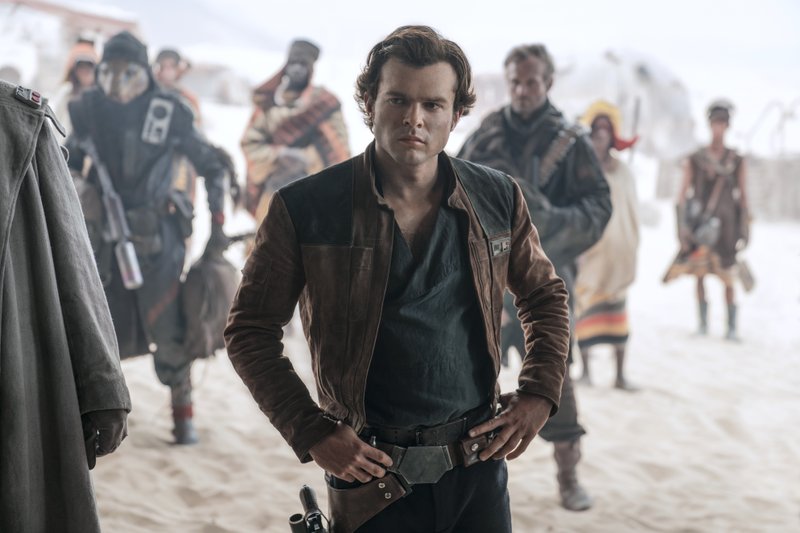 Alden Ehrenreich appears in a scene from “Solo: A Star Wars Story.” (Jonathan Olley/Lucasfilm via AP)

Much of the conversation leading up to the release of “Solo” has been estimating how much of the film is Lord and Miller’s and how much is Howard’s. But the highest percent might belong to Kasdan, who initiated the film’s premise years ago, and who — when the comic tenor started shifting — felt some ownership of the film.

“There is that, no question. I got excited because I wanted it to sound like a certain thing. It’s all about sound and tone and voice,” Kasdan said. “We were very excited to get Phil and Chris onto the movie. It was a very difficult movie and they shot a lot of it. And it was a struggle to maintain that voice and hear that tone.”

When George Lucas exited any active role in the science-fiction soap opera he created, that left Kasdan as the primary — and most widely respected — connective tissue between the past and present of “Star Wars.” The 69-year-old Kasdan, who also co-wrote “The Force Awakens,” has emerged as something of a guardian of the soul of “Star Wars.”

“Larry, having had written ‘Empire’ and ‘Jedi,’ just figures into this equation differently than any writer could,” said Jon Kasdan. “He’s in a very funny and challenging position, to be kind of the keeper of the flame and to help usher it into a new era with new filmmakers.”

Lord and Miller, who have taken executive producer credits, have only spoken publicly once about the fallout. In November, Lord said there was simply a “really big gap to bridge and it proved to be too big. Sometimes people break up and it’s really sad and it’s really disappointing, but it happens and we learned a lot from our collaborators.”

Reviews for “Solo” have been a little tepid (70 percent fresh on Rotten Tomatoes as of Thursday) but critics have been impressed by how little evidence there is of the film’s schizophrenic production. Jon Kasdan believes the finished product is actually aided by “the tension between Larry’s sensibility and Chris and Phil’s sensibility.”

“It was brutal and painful but what also came out of it are moments like the Han and Chewbacca meeting,” says the 38-year-old writer. 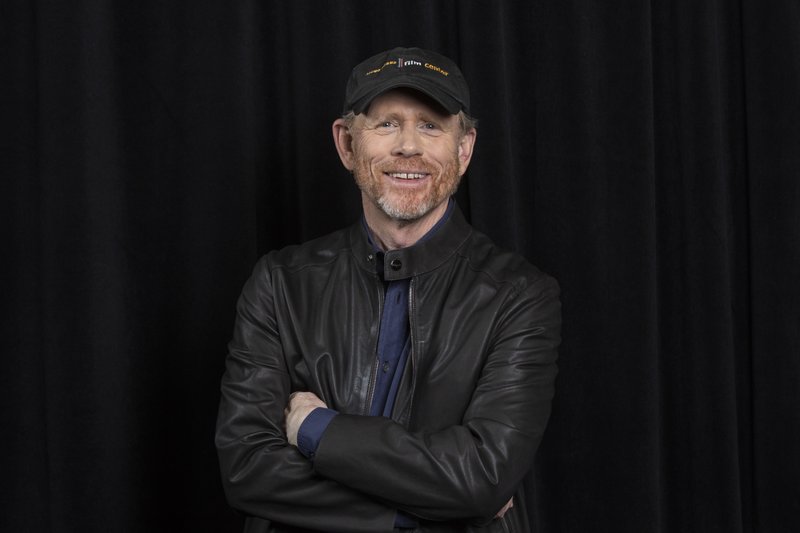 The popular Howard also helped stabilize “Solo.” He shares some continuity with Lucas, too, having worked with him on 1973′s “American Graffiti” and 1988′s “Willow.” A longtime friend of Howard’s, Lucas even stopped by the set on the director’s first day.

“George has a real understanding of what the medium can do in terms of really transporting audiences — which I discovered in great detail when I came onto ‘Solo.’ I began to see how dimensionalized the tone is,” said Howard. “It’s playful but it’s also thematically centered and serious. It’s visual and imaginative and yet there’s something connected to our past experience, in a way.”

Ultimately, the elder Kasdan doesn’t think the soul of “Star Wars” is anything too deep — nothing about the Force or political metaphor, anyway.

“What drew me to it was there was this guy who walked into the cantina,” says Kasdan. “A gunslinger with a great sidekick.”

Unapologetic Trump Jr.: Not troubled that I met with Russian